Level: B1 (adventurous A2 might cope)
Buy it here.*


Die Entdeckung der Currywurst is popular reading for adult German learners for a reason: the book is short and the language accessible without being dull, and the plot is captivating as well as a rich illustration of post war Germany.


We meet Lena Brücker through the narrator at 86 years old in an old people’s home. He remembers his aunts former neighbour as the owner of a small, unassuming Imbissbude (the German chippy) where he just happened to eat the best Currywurst of his life throughout his childhood. Lena is rumoured to have invented the Currywurst and our narrator wants to hear the full story.
As he visits Lena, she takes him and us back to Hamburg in April 1945 days before the Nazis surrender to the allies. At the cinema she meets Hermann Bremer, a 24-year-old soldier on his way to join a Volkssturm unit that is almost certain to be eradicated by the advancing British army. They spend the night together after which Lena offers to hide him in her flat.
Bremer, now a deserter, accepts and awaits the end of the war. An event which Lena conceals from him as she enjoys the attention of her younger lover.


This short novella is an excellent introduction to German literature with its straightforward and contemporary German and its rich description of the last days of the Third Reich. We get emotion, history, suspense and Germany’s favourite street food all in one.

Can you Really Learn a Language with an App?

A good proportion of my adult clients come to me after they have tried to learn German with an app.


Their stories are similar: they've tried using Duolingo, Memrise or one of the other German apps out there and found that while they increased their vocabulary they couldn't actually speak any better than when they started.
Why is that? These apps certainly promise to teach a language and speaking, I hope we can all agree, is very much part of the parcel.
As a language geek, who only speaks two languages, these apps sound tempting so I tried a couple of them. As this article, isn't going to be very nice, I will not name the apps I have used. As a language teacher, I'm pleased to announce that I'm not worried about my job just yet.

There are a few obvious problems with language apps.

1. The key to speaking a language is speaking the language.
It might sound like I'm stating the obvious, but a lot of people think that they need to memorise the dictionary and all grammar before they are allowed to speak to actual people. It's also why these apps are so popular. If you make a mistake and only Duolingo hears you, did you really make a mistake? But learning a language without speaking to others is like memorising a bunch of recipes and thinking you can cook. Speaking, listening, adjusting is an essential part of learning a language.

2. These apps rely heavily on translation
Translation is an important skill, but at the beginning of the language learning process translating, far from being helpful, is actually counter productive. It may feel comforting to be able to translate everything neatly, but this will ultimately slow your process down because you will continue to think in your source language.

3. They are prone to teach mistakes
Like everything else in life, there is a huge variety in quality and it's absolutely worth doing your research. I teach German, and German is one of these languages that seems straight forward and logical but there are still a ton of exceptions.
German also relies very heavily on context and relationships. You would speak differently to your friend than to your boss or your client. Some  Most  All apps don't allow for the grey areas that come with every language.

4. Language apps will keep you in your comfort zone
The scariest thing about learning a language is that your progress will be limited until you start using it with others. Language apps are essentially a solo activity so any progress with them is misleading and the first encounter with another speaker can be a  big let down and ultimately this can knock your confidence.
One factor that makes apps so attractive to language learners is that they give the impression that you can skip the beginner stage. It's frustrating to any adult to struggle with simple phrases like stating your name and age. You've done this before, you should be analysing Kafka and Goethe. The thought of dealing with all this in the privacy of your own home is very tempting.
Here's the harsh truth: these apps don't let you skip the awkward beginners stage - they simply delay it. They build you up with weeks of streaks, praise, and daily achievements and then you encounter another speaker who uses a word or phrase the app didn't cover.

Well, it's not all bad. If you use the right app (do your research!) alongside an opportunity to practise (classes, conversation clubs*, friends, family) they are are a fantastic way to build up vocabulary fast. One of their strong points is that they encourage the little and often approach and are simply more convenient than carrying around a bunch of flash cards.
If you want to use an app to learn a language make sure to carve out regular time to speak it with real people as soon as possible, read reviews specific to the language you want to study and make sure to use free trial options before you part with your money.

Suitable: lower intermediate (B1+) should follow confidently, adventurous beginners (A2) will be able to follow with a good dictonary

Buy it here and help London Language Hub provide this blog for free. 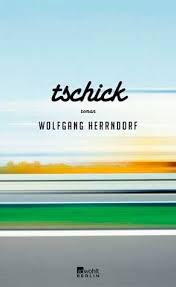 Maik Klingenberg is about to spend the summer holidays in his parents’ villa by himself while his mother has yet another stint in rehab and his father is going on a business trip with his young assistant. He is looking forward to weeks of lazing by his parents’ pool and endless pizza deliveries until his classmate Tschick (real name Andrej Tschichatschow), a Russian late repatriate turns up in a stolen car.
He convinces quiet and shy Maik to take a road trip to Wallachia*. They take to the Autobahn and criss-cross provincial Germany trying to evade the police and concerned citizens.

Tschick was released in 2010 and has all it takes for a modern classic. Herrndorf’s novel is everything at once: thought-provoking, relatable, heart-breaking and immense fun. German learners will appreciate the straightforward prose that is a perfect insight into youth slang without ever being patronising.
Readers of a delicate disposition are advised that this book contains swearing. Lots of it. 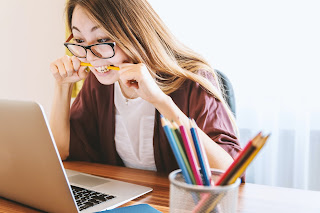